Hello again folks, it’s good to be back. As you take a stroll through your local town/city you see the odd gadget shop here and there that have all kinds of different fun gadgets in store. After visiting thye gadget shops and seeing the amount of absolute genius ideas in such a small place, it got me thinking that I want to know what else is on the market. So I got myself onto the internet and was searching all night looking up different gadgets. I was coming across a massive range of gadgets from the smart watches to miniature cameras that you can baily see, literally could not believe my eyes. One of my favorites is the new “VR” virtual reality glasses that many companies are starting to manufacture.

Some of these VR’s come with sensors that you use to place around your body so you can use your arms in the game. Many manufactures have been saying “The virtual reality race is on” so far according to the internet, coming in first place s the HTC Vive with the most up to date technology to be found in VR Glasses. The HTC Vive simply plugs into your home PC system and works with “Valve's mammoth gaming ecosystem”. The VR Glasses pack in 70 sensors around the headset to offer 360 degree view, it also has head-tracking and a super-fast refresh rate for the best experience. It was voted best by the public to be more realistic than the others on the market at the time and still holds that name. But coming in a £799 it’s easy to say you have to pay for the privilege not forgetting though that there are cheaper models that are just as realistic that the general public are very happy with. 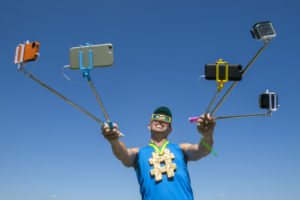